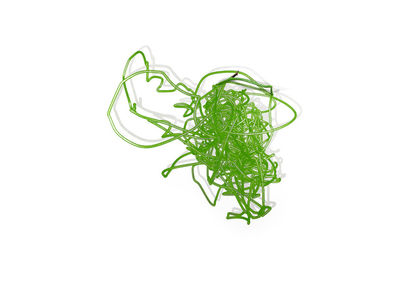 Hello everyone and welcome back to my blog! Today I am going to be talking to be Rashaad Newsome, who is a multidisciplinary artist whose work ranges from collage to computer programming. Newsome, a New Orleans native, now lives and works in New York City. After studying Art History at Tulane University and programming at Harvestworks Digital Media Art Center (NYC), Newsome set out to make art that shows manipulated notions of power and investigates the nuances of social power structures. In general, Newsome’s work uses an intersectional lense to explore power and authority as they relate to the historical portrayal of minorities. Some of Newsome’s influences include Cubism, Surrealism, and Baroque paintings. Additionally, Newsome is influenced by the diasporic tradition of improvisation.

Newsome’s work has fortunately been shown around the world as his work has been shown in places like Washington D.C. National Museum of African American History and Culture and New York City’s Whitney Museum. Moreover, Newsome has won a variety of accolades for his work. In 2004, he received a certificate of study in Digital Post Production from Film/Video Arts Inc. Newsome has also has received the 2017/2018 Pollock-Krasner Foundation Grant, which helps artists buy materials and pay for studio rent. Previous recipients of the Pollock-Krasner grant have acknowledged its ability to help them focus on their studio work.

The first image of Newsome’s that immediately caught my eye was this collage. The way Newsome was able to personify seemingly random objects amazes me. Yes, there may be some human body parts in the collage that assist this personification, but I believe it is the little details like the tutelage of the skirt and the broken glass that humanize this work for me. Furthermore, Newsome interestingly achieved this personification despite his figure not having a clear face. The figure is in an African mask, which allows us to recall Newsome’s mission of recapturing and reigniting history.

The second work of Newsome’s that intrigued me was his video, “PHANTASM” (2017). This silent single channel video begins by establishing a setting, an arch with two women embedded into the walls. The arch strongly reminds me of Classical that have a keystone. By calling Ancient Greek and Roman architecture, Newsome is later able to subvert these expectations. Towards the end of the the stone facade drops away and the viewer is whisked off to a space setting. This sudden change in the environment is what drew me into the video. Before this video, I really did not fully understand how important the setting or the mise-en-scène was.

The last work of Newsome’s I particularly liked was his piece from his “Throughlines” gallery (image at of post). This piece was originally a floor performance in 2016 in which Newsome used two-color lithographs with silver leaves, 3D-prints, collage elements, and a frame. This particular work out of his collection was my favorite because the colors were much livelier than the other works. The vibrant green almost jumps out at you, demanding your attention. Moreover, the green makes the lines look like stems that got tangled in an attempt to grow. In general, I think that movement and bold choice of color drew my eye to this piece.

Thank you all for reading! I will be back shortly with more Digital Artwork for you all.

Published: February 12, 2019 Category: Artist Posts Tags: Rashaad Newsome
Previous: The Only -ism I Like is Feminism
Next: Arcangel, Dark Angel