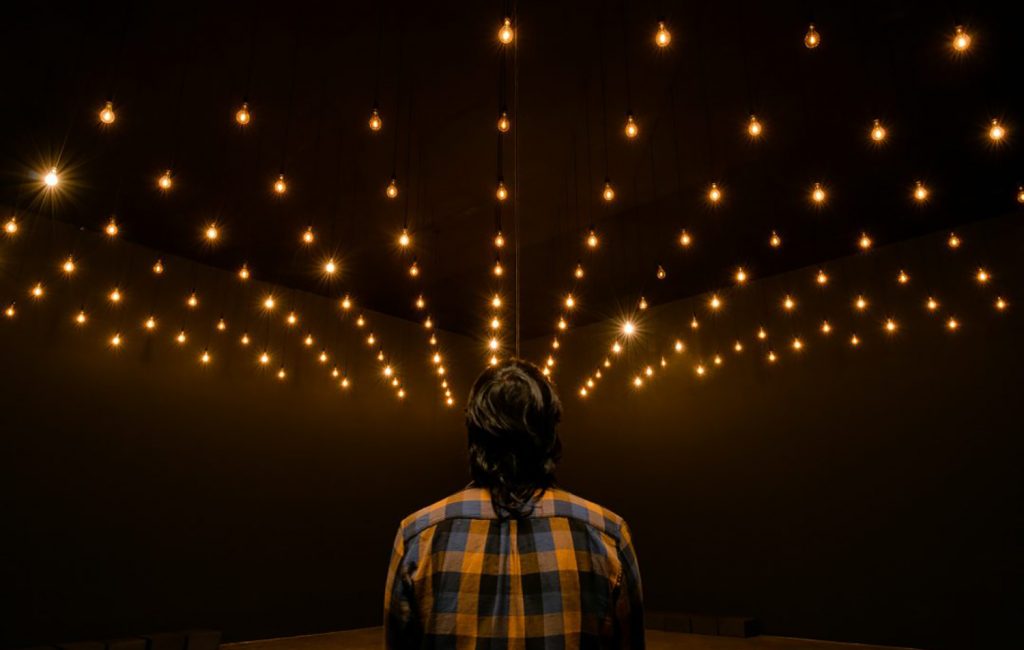 Hello everyone! Today I will be talking about Rafael Lozano-Hemmer. Born in Mexico City in 1967, Lozano-Hemmer is an electronic artist who creates interactive installations. Lozano-Hemmer received his B.Sc. in Physical Chemistry from Concordia University in Montréal, Canada in 1989. Personally, I believe that Lozano-Hemmer’s education has directly influenced his work as it often sits in the intersection of technology and art. Currently living and working in Montreal and Madrid, Lozano-Hemmer produces work that calls for audience participation or intervention. By calling for viewer participation, Lozano-Hemmer hopes to interrupt our urban surroundings.

Rafael Lozano-Hemmer’s work involves a variety of tools including robotics, real-time computer graphics, film projections, LED screens and other devices. Lozano-Hemmer is inspired by phantasmagoria, animatronics, lights, shadows. His work often investigates surveillance and ways we as an audience can perceive ideas and be deceived. Rafael Lozano-Hemmer has been commissioned for the Winter Olympics in Vancouver (2010) and the pre-opening exhibition of the Guggenheim in Abu Dhabi (2015). He has also won two BAFTA British Academy Awards for Interactive Art in London.

The first work I looked at of Rafael Lozano-Hemmer’s 2006 work, “Close-up”, from the his “ShadowBox” series. “Close-up” is an interactive display that shows the viewer’s shadow made up of hundreds of previous visitors’ videos. This piece discusses surveillance and how our face, body, and actions are constantly recorded. I found this work to be very emblematic of Lozano-Hemmer’s ideas of participation. By bringing visitors together through art, Lozano-Hemmer is able to make commentary on bigger issues.

The second work by Rafael Lozano-Hemmer I looked at was his 2001, “Body Movies.” This work uses relational architecture, a term Rafael Lozano-Hemmer coined which means the technological actualization of buildings and the urban environment with alien memory. In essence, this means that urban spaces are transformed by Rafael Lozano-Hemmer’s artwork. “Body Movies” uses relational architecture and interactive projections to change a public space into a large-scale, audience-driven art installation. Lozano-Hemmer took thousands of portraits of local citizens and projected them onto a sheet. However, these portraits are only visible in the projected shadows of the passers-by. I find this work very interesting as Lozano-Hemmer also has a video surveillance tracking system that triggers new portraits when all the existing ones have been revealed. I think that this extends the narrative of Lozano-Hemmer’s work and allows visitors to encounter something new every time. Truly, I find Lozano-Hemmer’s use of participation and regeneration unique as art can often be seen as a fixed work.

The last work of Lozano-Hemmer’s I will be discussing is his 2014 work, “Pan Anthem.” Like its name suggests, this work is an interactive installation made up of hundreds of movable speakers that play a variety of national anthems when the viewer approaches. These speakers are arranged according to population, GDP, number of women in parliament, land mass, etc. The most interesting part of this exhibit is that there is a wall hung of silent speakers. This represents the countries that no longer exist like Yugoslavia and Czechoslovakia. I was particularly drawn to this work because it displays information in a very engaging way. One could easily display this information on an infographic or video, but Rafael Lozano-Hemmer chose to use walls, labels, and speakers to convey this information. I really like Rafael Lozano-Hemmer’s unique use of aural sounds to help the viewer make associations to the information they are presented.

Overall, I found Rafael Lozano-Hemmer’s art to be very engaging as it draws on large scale participation and technology to make dramatic artworks.

Published: April 4, 2019 Category: Artist Posts Tags: Rafael Lozano-Hemmer
Previous: Can You Hear Me Now?
Next: Glitch Me a Good Time